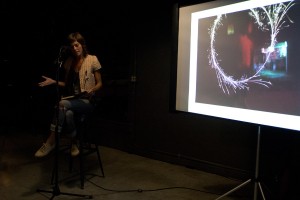 Pecha Kucha: We Can’t Pronounce it Either.

Where: The St. Augustine Amphitheatre Conference Room (there will be signs) 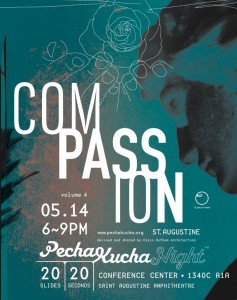 Admission: Free (with food by Planet Sabrez and beverage available for purchase) 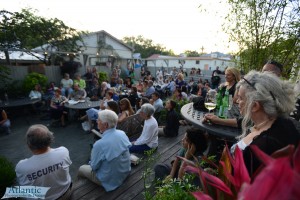 We asked the organizers of the St. Augustine Pecha Kucha how do you pronounce it and what does it all mean. Here’s what they had to say.

People ask us all the time, “What is Pecha Kucha?”

A reasonable question, given such a funny-looking term.

This is where the conversation gets awkward. 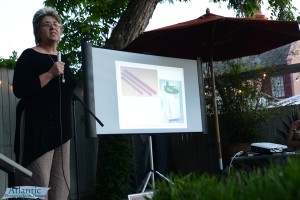 Truth is, we don’t really know how to pronounce Pecha Kucha either.  Of course we googled it. Of course we listened to audio recordings of pronunciations.  Of course we wrote to the Executive Director of Pecha Kucha Night in Tokyo,  but to date not even our team of local organizers is 100% convinced we’re always saying it correctly.

Turns out, however, that’s quite alright.

Technically, Pecha Kucha is a Japanese term that can be loosely translated as “chit-chat” or “chatterbox”, and while experts agree the most accurate pronunciation is puh-chock-a-cha, in St. Augustine, we won’t point and laugh when the term rolls off your tongue in a chunky syllabic mess. We get it, and we sympathize. For us, the most important part of understanding Pecha Kucha has nothing to do with how its pronounced. What really matters is what it means.

Originally devised by two architects, Astrid Klein and Mark Dytham, in Tokyo, February 2003, Pecha Kucha, in contemporary contexts, has grown synonymous with the art of concise presentation. Speakers selected for Pecha Kucha Night (PKN) collect 20 slides and have exactly 20 seconds to “chit-chat” about each slide – forming a presentation that lasts exactly 6 minutes and 40 seconds.  A typical  event will showcase anywhere from 6-10 presentations with topics that range, quite literally, from knitting to nuclear science. Some are funny. Some are serious. Some are a little bit of both. Presenters needn’t be experts on their topics, only enthusiastic in their interest 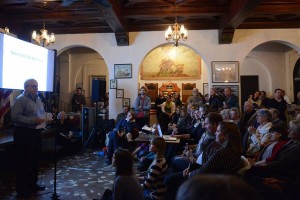 and champions of an idea.

In early 2013, St. Augustine officially joined the ranks of over 700 cities worldwide to host a Pecha Kucha event of it’s very own downtown, and we’re now gearing up for Volume 4.  For us, PKN represents an evening of listening and learning, community and creativity. It exists to encourage individuals to share the things that light their fire, and to prod us collectively to keep exploring new perspectives. If you love ideas and happen to believe, like we do, that inspiration often emerges from the things we don’t understand – we invite you to join us for Pecha Kucha Night this month.  Regardless of how you utter the name, we’d love to see you there.